The TG55 is a 16-bit sample-playback-based synthesizer that was released by Yamaha in 1989. It was Yamaha's first synthesizer based only on waveform samples and competed with the Roland U-110. It can store 64 voice memories in RAM and can also store additional patches on an MDC32 or MDC64 RAM card. It has waveform and data expansion card slots and features 34 built-in programmable digital effects including a resonant filter. The pre-programmed sounds are heavy on ambient pads and are typical of early 1990's synthesizers.

Yamaha refers to the synthesis method used in the TG55 as AWM2. This stands for Advanced Wave Memory and is just a fancy name for PCM samples. The original version of AWM was 12-bit, and version 2 is 16-bit. The TG55 refers to a sample oscillator as an "element" and each patch can have 1, 2, or 4 active elements.

The unit is very solid with high-quality construction, and a large percentage of them are still in operation more than 25 years after they were manufactured. They are typically inexpensive second-hand, and it's not rare to see a working TG55 sell for less than the price of one of its expansion cards.

The Yamaha SY-55, a keyboard version of the TG-55, was released a year later. Many of the other members of the SY/TG series (SY22, SY35, SY77, SY99, TG33, and TG77) combined sampled waveforms and FM synthesis in their synthesis engine. The TG55's successor, the TG500, had a much larger sample ROM. 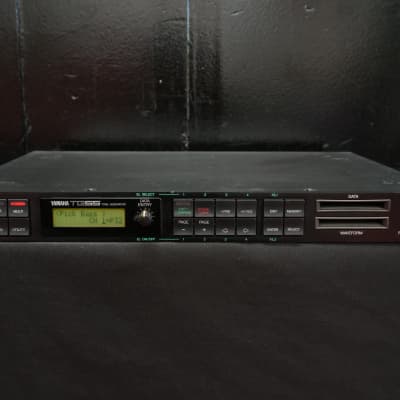 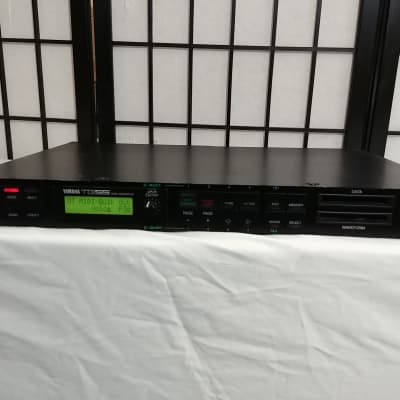 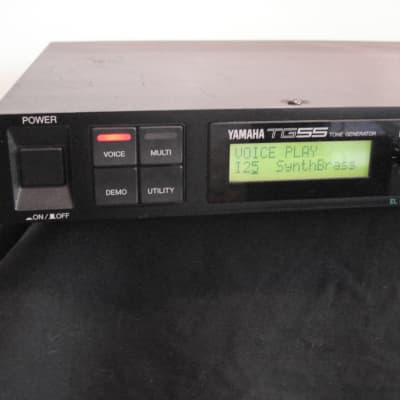 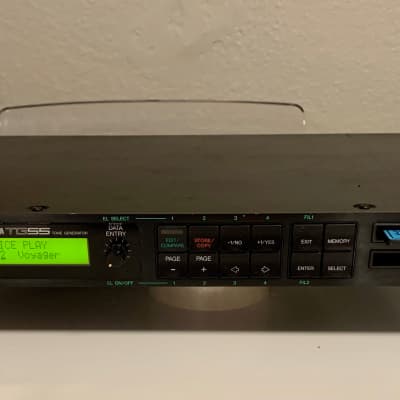 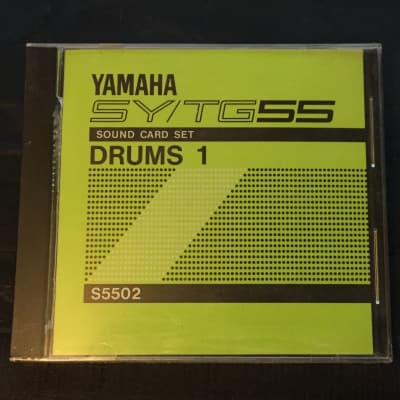